All About Vegan Ice Cream

When you think of ice cream, naturally your thoughts go to all of the flavors and varieties and brands in the freezers at your local grocery store. From gallon tubs of ice cream to ice cream bars and sandwiches, there is no shortage of ice cream desserts.

However, what might be harder to find in stores is vegan ice cream, meaning that the ice cream lacks dairy-based milk and is instead made with a plant-based milk such as coconut, almond, and soy, or it can even be made with bananas, avocados, and even berry purees. Certain health food stores and a select few chain stores offer pre-packaged vegan ice cream, but the great thing is that it’s fairly easy to make yourself, which gives you the option to make it any way you like.

Let’s learn a little bit about exactly what vegan ice cream is and how it’s made as opposed to regular ice cream, well-known ice cream brands with vegan free ice cream that you can find at certain stores, and some of the fun flavors that you can make at home! 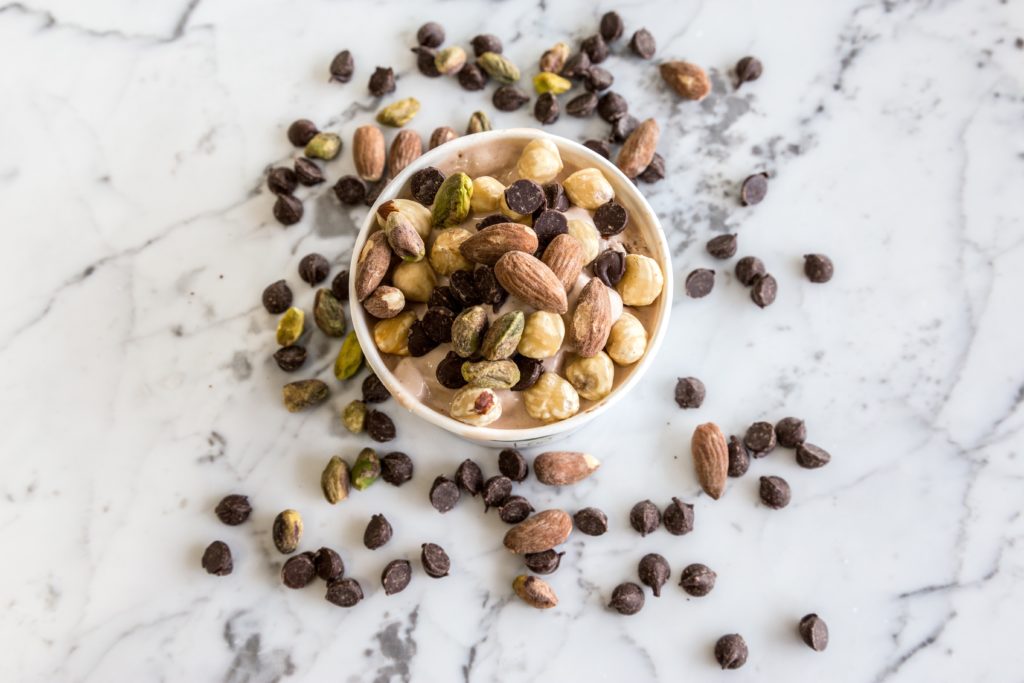 What Is Vegan Ice Cream?

Vegan means that a product does not contain any sort of animal product, from milk to eggs and so on, so you won’t find regular milk or cream in a vegan ice cream. Oftentimes, vegan ice creams are made with plant-based milks, but other food items can be used to replace the milk and cream to make a thick, rich, and most of all creamy ice cream.

If you’re looking for a well-known ice cream brand to try and find some vegan ice cream from at your local grocery store, you may be in luck with brands like Ben & Jerry’s, Haagen-Dazs, and Trader Joe’s.

A number of different brands have a few varieties of vegan ice creams that you could easily get your hands on, such as Ben & Jerry’s Non-Dairy Pints of flavors like Milk & Cookies, Creme Brulee Cookie, and Peanut Butter Half Baked.

Aside of the brands we named off, here are a few other ice cream brands that produce their own vegan ice creams:

You can find these as well as other various vegan ice cream flavors and exclusively vegan ice cream brands at certain health and natural food stores, but of course if you’re feeling like experimenting in the kitchen, you can most certainly make your own as well! 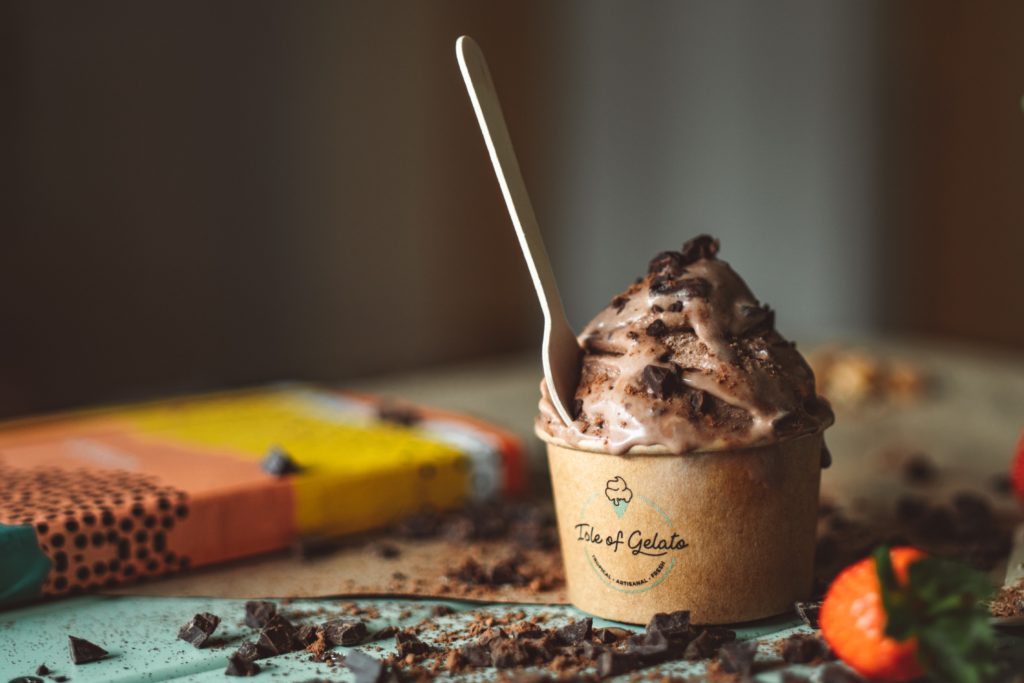 Making Your Own Vegan Ice Cream

Although there are many different recipes for making vegan ice cream with an ice cream maker, we’re going to share ingredients for a nice, thick, creamy vegan ice cream. You start by combining full-fat, creamy coconut milk with a little bit of corn starch and a sweetener of your choice to form the base, then cook it on a stovetop until it becomes like a pudding in texture.

After adding some salt and vanilla as well, you’ll chill the base for anywhere from four hours to three days, then once you’re ready, you’ll churn it in your ice cream machine and it will come through in a soft-serve texture. You’ll want to store any left overs in a freezer container with a piece of parchment paper on the surface of the ice cream in order to prevent ice crystal formation. 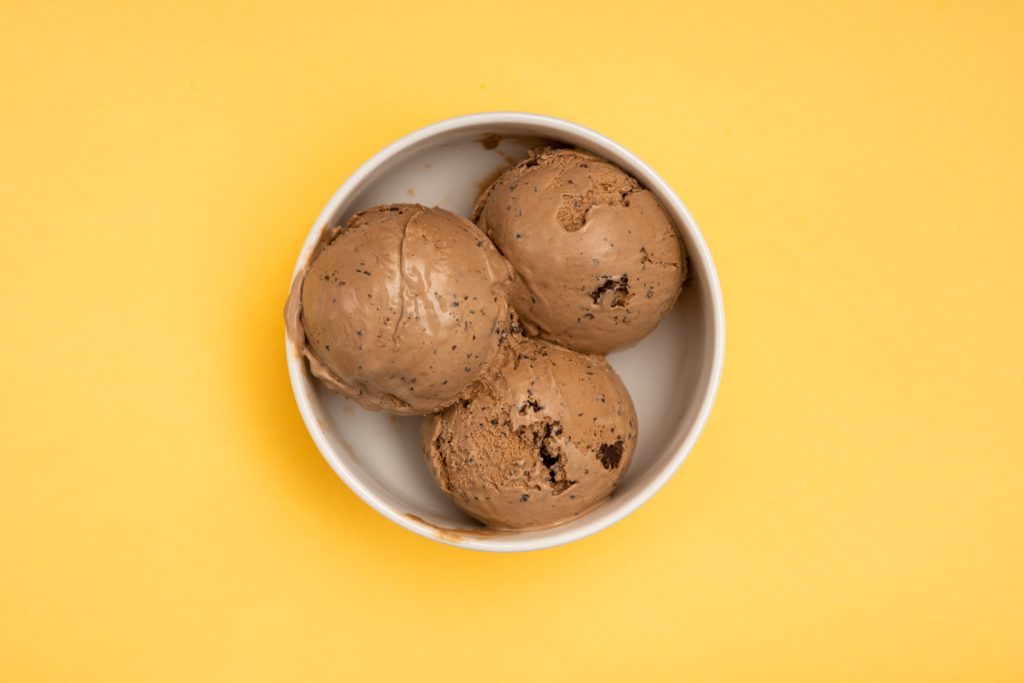 Even though making ice cream in an ice cream maker can be fun, either sometimes you just don’t have one or don’t want to invest in one, and that’s okay, because you can still create a delicious vegan ice cream that is creamy and tastes great!

For the non-ice cream maker method, the recipe we’re using calls for full-fat coconut cream whipped with a mixer into a whipped cream, then add in some dates, almond milk, vanilla, and cocoa powder and continue to whip and you’ve got a rich, chocolatey, mousse-like consistency. Then, place it in a freezer container with a piece of parchment paper between the ice cream and the lid and wait for it to freeze, then serve!

These are just a couple of examples of ways and methods to make vegan ice cream, and we hope that they helped you to understand more of what can go into making a homemade vegan ice cream yourself.

There are a plethora of vegan ice cream recipes out there, and with so many choices of flavors, even if you aren’t on a vegan free diet, you’re even bound to find a great vegan ice cream that you love! Check out the five cool vegan ice cream flavor recipes that we found. 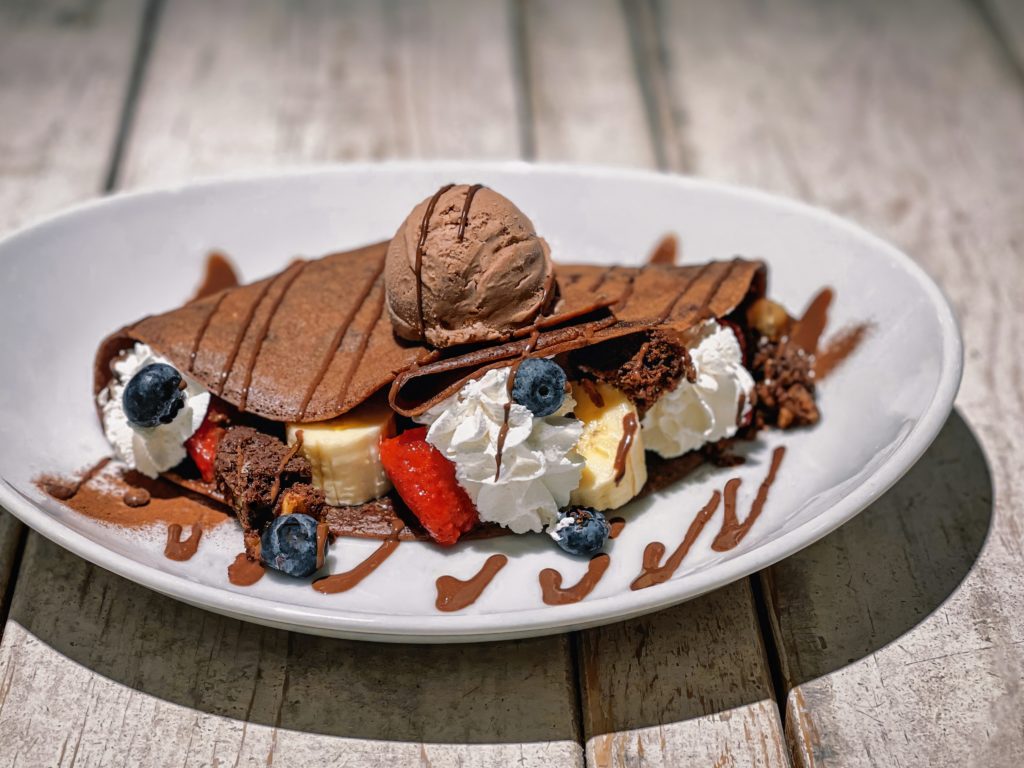 This sweet and tart combination of figs, blackberries, and coconut makes for a great vegan ice cream flavor combination! However, if you are having a hard time finding figs, you can also use other types of stone fruit such as apricots or plums.

This creative recipe calls for five ingredients, including the purple sweet potato, which not only makes a deliciously sweet ice cream, but also gives it a lovely lavender-purple hue. 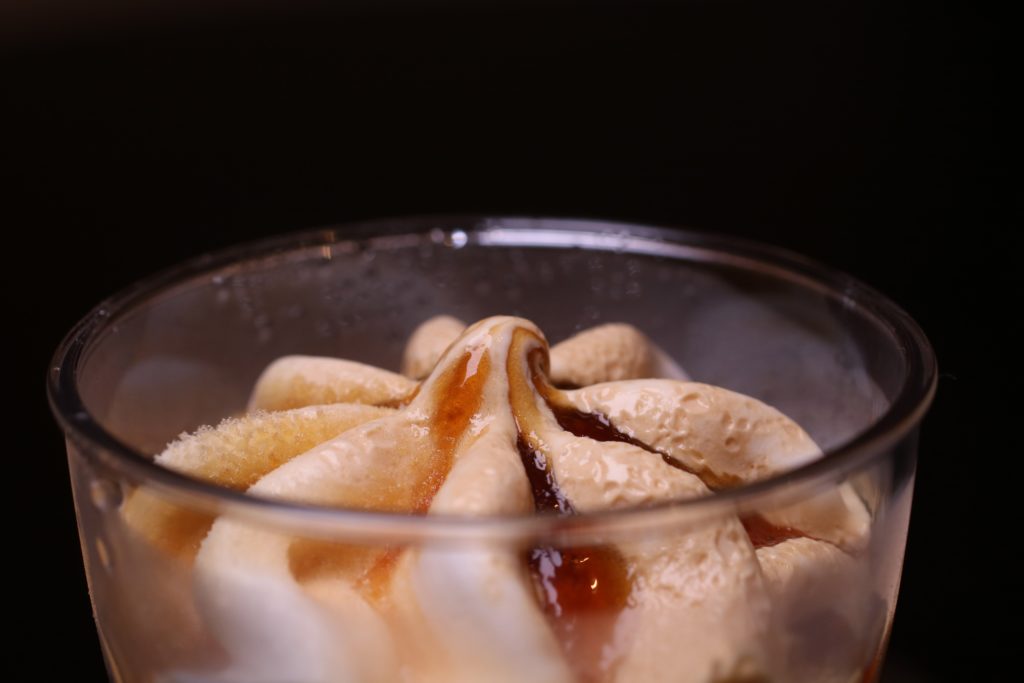 Salted caramel pretzel vegan ice cream features the classic combination of sweet and salty; combine that with the crunchy texture of the pretzels and the sticky, syrupy consistency of the caramel and you’ve got an indulgent treat that you won’t believe is vegan!

If you love lemon and ice cream, then you’ll love this creamy, lemony vegan treat made with oats and fresh lemon! This is a recipe that is great if you have an ice cream maker. 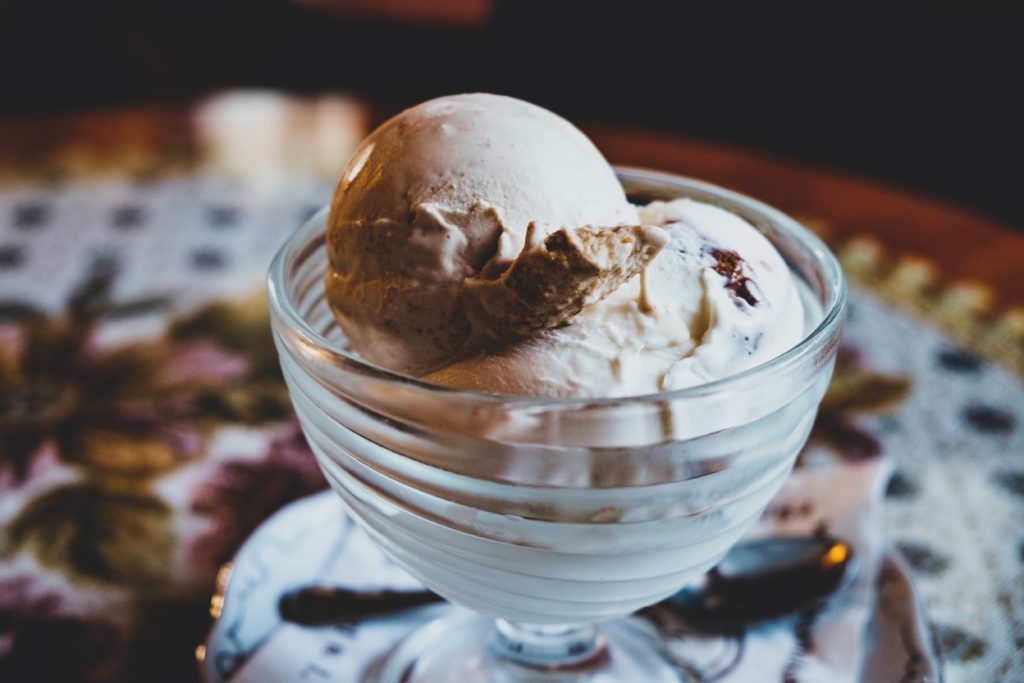 Based on the popular cereal, you can make a basic vanilla vegan ice cream and then add in cinnamon sugar and literal crumbs of toast if you so desire, which gives you the crispy, toasty consistency that goes with the beloved cereal so well.

So whether you’ve been living the vegan lifestyle a long time and didn’t realize all of the choices you now have when it comes to ice cream, or if you’re not vegan and just looking to try something new, then check out your local grocery store to see what kind of vegan ice creams they have, or even whip up some of your own!