How the Art of Baking Has Evolved Over Time

When you think of baking, you may often picture someone’s mother or grandmother in the kitchen working tirelessly for hours on end baking bread and other baked delights. Before mass production became a mainstay in our culture, this was exactly how many people fed their families with very little money. In today’s society, we see how baking has evolved into an art form with some pastry chefs being almost as famous as rock stars, as well as a host of baking television programs that showcase the talents of modern bakers. Join us as we take a ride through the history of baking and its evolution into the art form we know today.

Baking: A Walk Through the History 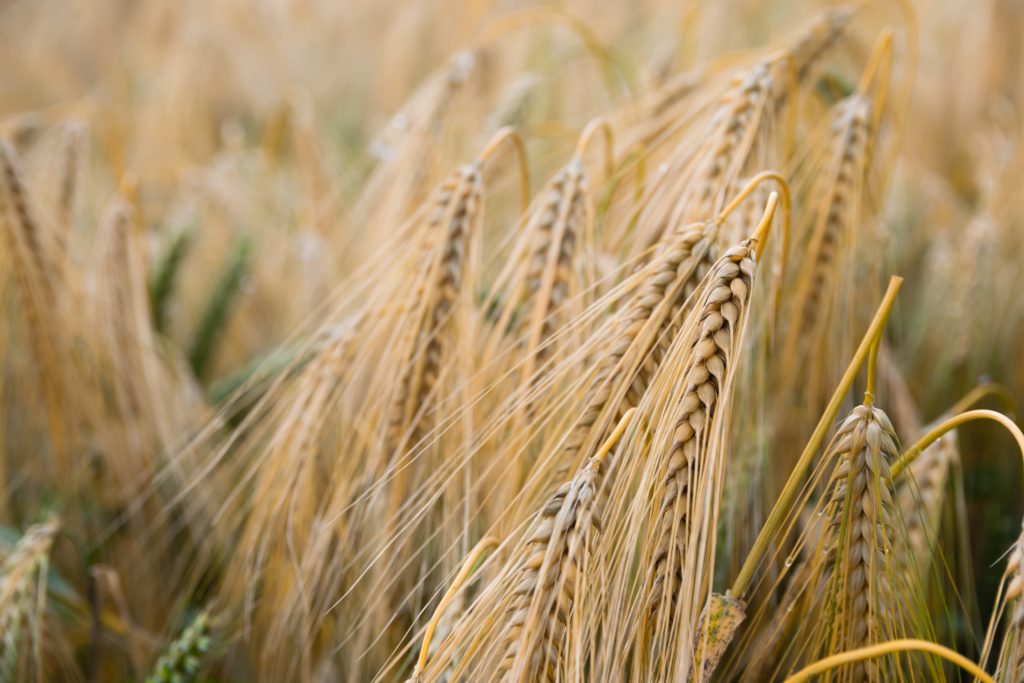 To bake means to cook food with dry heat, whether that be with a modern oven or more primitive methods such as baking in hot ashes or on stones that have been heated. The heat slowly travels through the dough or batter and cooks it into a soft baked good with an exterior crust.

Along with the main staple of bread, other foods that are cooked by baking include cakes, pies, pastries, cookies, tarts, scones, quiches, crackers, and pretzels. These baked goods can nowadays be produced en mass, but there are bakeries, restaurants, markets, and other venues where these goods are baked and sold individually.

Before baked goods began being mass produced and sold, breads were made by the women of the household for family consumption or by men in bakeries and restaurants in order to sell to the locals. However, even in this modern age of mass production, the art of baking almost seems like a novelty skill that is admired but is still just as important to every day life as it was back then.

The earliest evidence of baking was when humans would take wild grass grains and soak them in water, then mix everything together until it formed a soupy paste. The paste was then poured onto a flat, hot rock that when fully cooked was similar to bread. After humans discovered and found they were able to use fire, the art of cooking with hot ashes was born. The paste would be roasted on those hot embers, making it easy to make bread any time a fire was present. In 2014, the oldest oven known in existence was discovered in Croatia, which dated back to 6500 years prior. Ovens and countertop workspaces have also been found throughout Turkey and Palestine during archeological digs and have been dated back to as early as 5600 BC.

The earliest archaeological evidence of flour was discovered to have been made from wheat seeds being crushed between millstones dates back to 6000 BC, then the Romans became the first to used Cone Mills to grind the seeds.

The Egyptians of Ancient Egypt used yeast to bake their bread, whereas before that they were using the yeast to brew their own beer. Sometime around 600 BC was when Ancient Greece saw the beginning of bread baking, which led to the invention of the first enclosed ovens.

Around 300 BC, the Roman Empire saw baking begin to flourish as they started using ovens with their own chimneys. The title of pastry cook became a prestigious career path for Romans because of their love for decadent foods and celebrations. This resulted in pastry cooks experimenting with and making all kinds of goodies for parties, thus being esteemed for their work. In 168 BC, Rome established their own Bakers’ Guild.

Cato wrote about the art of baking in 1 AD; at that time, there were over 300 pastry chefs in Rome at that time that were creating an amazing assortment of foods including tortes, pretzels, and of course breads.

With time, the Roman method of baking spread throughout Europe as well as East Asia. However, by the time the 13th Century rolled around, London’s commercial trading, which included baking, became heavily regulated. This meant that in terms of food items, they were trying to create a system that ensured the quality of the goods being made.

The beginning of the Industrial Era in the 18th Century saw the first steam mill built in London in 1779, thus giving the ability to create flour en mass for English bakers. Then, the 19th Century saw ingredients such as baking soda become more common in the art of baking. It became a common occurrence for bakers to make goods in their home, then peddle their wares on the streets; pastry chefs of London began selling their wares from handcarts. This began the development of what would become a popular delivery system of baked goods to homes. Artists of the time such as Rembrandt captured these moments of bakers selling their goods onto canvas. Paris then opened their first open-air cafes to sell their baked goods, which became quite popular and the concept then spread throughout the world.

The Modern Age of Baking 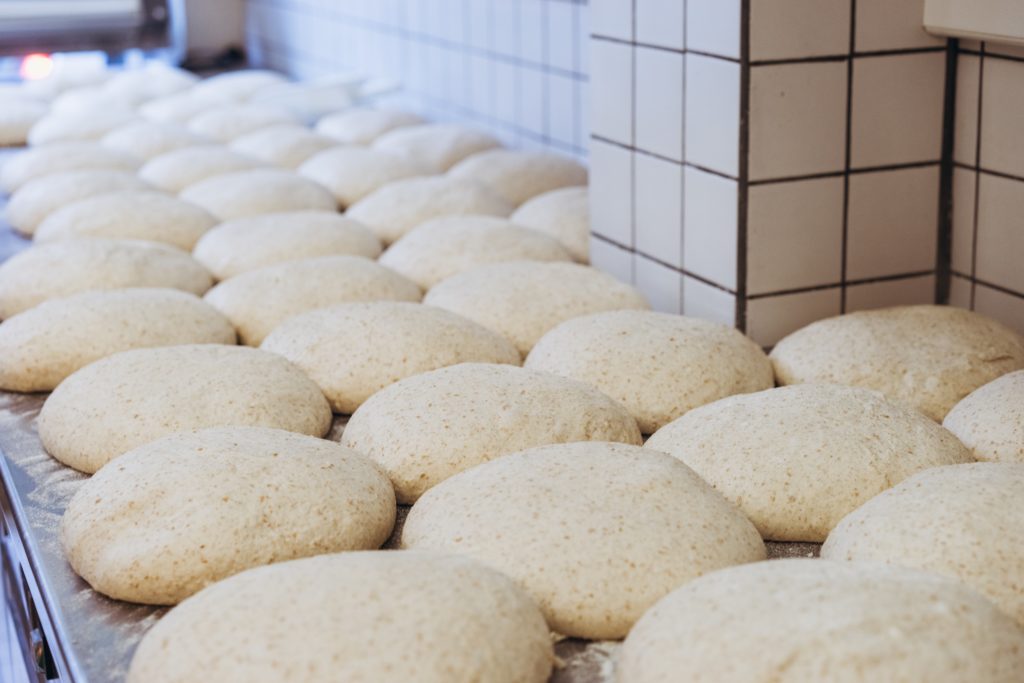 Of course, eventually baking was brought to the industrial level by using machines to make mass quantities of bread and other goods. These machines of mass production meant that it was easier to make and distribute baked goods, thus shaping the art of baking that we know now in the 21st Century. However, the quality that fresh baked breads and other baked goods are known for are lost when it comes to big machines producing thousands at a time, plus in order to mass produce and keep products fresher for longer, there are food additives incorporated.

But there are still those who bake goods the old fashioned way today, even when baking in large quantities. Today, there are millions of bakeries and restaurants you’ll find that they make their own breads and baked goods fresh that you can smell as soon as you walk in.

Many pastry chefs around the world have gone beyond traditional baking, however, and have turned it into the true art form that we all know and love today.

For example, France-based Pierre Hermé is known as “The Picasso of Pastry.” He manages two Michelin star awarded restaurants in France and has become best known for his rich and unusually-flavored macarons, as well as having been the youngest person to be named France’s Pastry Chef of The Year.

François Payard is another famous pastry chef who has created many luxury desserts and owns a plethora of bakeries and shops all throughout the world. He even has his own website where you can buy exquisitely detailed wedding cakes.

Famous American pastry chef Duff Goldman who has become just as famous for his television appearances as he has his awe-inspiring and unusual cakes. On his own television show called Ace of Cakes, you could see the work going on behind-the-scenes at his shop, Charm City Cakes, and his and his crew of artists and sculptors’ thought processes when it came to creating their amazing cakes. His cakes have also made it onto shows such as Man vs Food, Oprah, and even The Tonight Show with Jay Leno.

Yes, artful baking has even made it to modern mainstream television with baking-oriented shows such as The Great British Bake Off in the UK and Cupcake Wars in the US. Programs such as these feature bakers racing with the clock and facing other opponents in multiple rounds to come up with creative and delicious masterpieces based around a theme which are then judged by a panel of famous food experts. The prizes are often large sums of money, the opportunity to be showcased in an upcoming major event, and to earn the prestigious title of being ‘the best.’

As you can see, baking as we know it has come a long way since its humble beginnings. Although it’s much easier to go to the supermarket and buy a pre-packaged loaf of bread off of the shelf or a pre-made cake from a freezer, there is nothing quite like the smell, texture, and taste of home made, freshly baked bread and other baked goods.