London is the capital city of England as well as the entire United Kingdom and has a rich history that dates all the way back to the Roman times. It’s home to such iconic structures as Big Ben, the London Eye, and of course Westminster Abbey, where royal coronations take place. Although these are some of London’s most popular places to visit, it also has some absolutely amazing bakeries! So come along with us as we make our way through the Big Smoke and check out our top seven picks for London’s most spectacular bakeries. 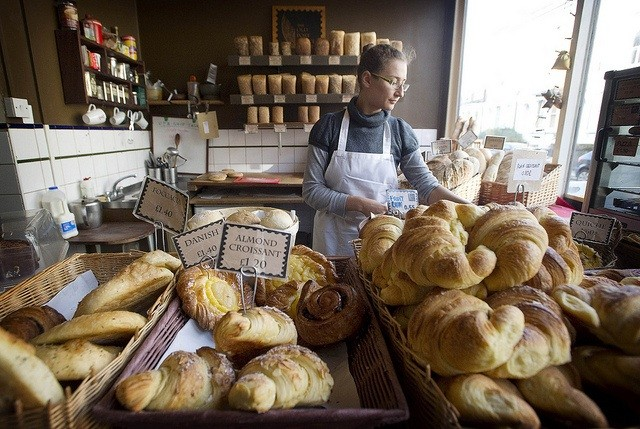 This small artisan bakery is the oldest organic bakery in London and offers a variety of breads, cakes, pastries, and savory goods. So if you’re looking to fulfil a craving for Hot Cross Buns, Sunflower Bread, Cheese and Onion Pasties, or a Victorian Sponge Cake, then you’ve come to the right place!

Karl Heinz Rossbach arrived in London back in 1982 to study psychotherapy and realized that he wouldn’t be able to access the nutritious, delicious bread that he had grown up eating on his family farm in Berlin. So while he was squatting in the old post office, which is where the name of the bakery came from, he bought supplies and began milling his own wheat and soaking his own grains to make sourdough bread and became a success. After a few years, current owners John Dungavel and Richard Scroggs joined up with Rossbach and the bakery has since moved two locations to the current one on Landor Road. 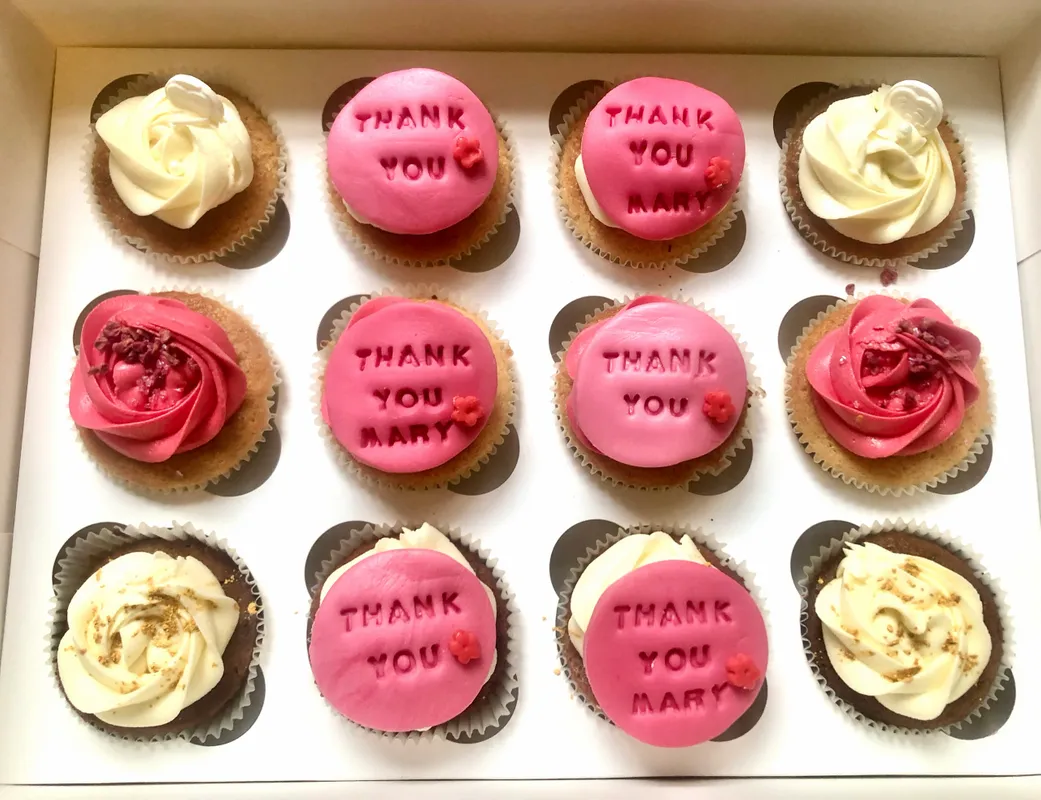 Kisses & Cupcakes is London’s premiere home bakery, which produces vegan and gluten free cupcakes and cakes in a variety of flavors and with endless possibilities when it comes to decorating and customizing them for someone special or a special occasion. With fun and unique flavors like their Vanilla Sponge & Pineapple, Honeycomb & Vanilla, and Oreo Cookie Sponge Cupcakes, it won’t be hard to find something decadent for your sweet tooth.

Established in 2017, Kisses & Cupcakes is dedicated to offering vegan and gluten free goods for healthier alternatives. They believe that food is energy, so they make sure that the energy they provide is as healthy as it is beautiful, and they like to say that, “Every cupcake tastes like a first kiss.”

Customers talk about the great customer service and how to non-vegans, the cupcakes and cakes don’t taste vegan. Fans highly recommend their Banana Bread and any of their cupcake or cake offerings. 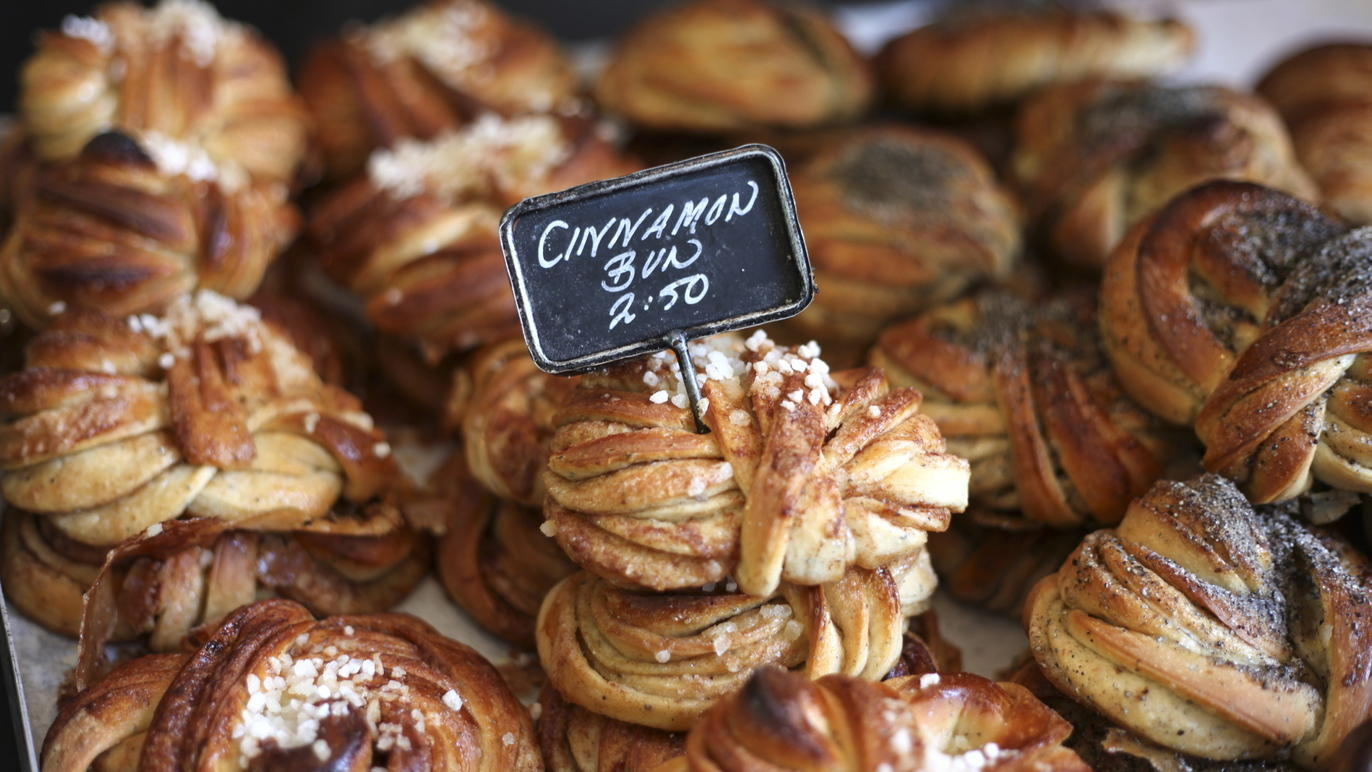 This artisan bakery from Stockholm, Sweden, believes in doing their baking the old fashioned way by making their artisan breads and pastries with a stone oven. A huge glass window showing off all of the fresh baked goods beckons you inside, then the first thing you see when walking into this establishment is the counter and the wall behind the counter full of delicious fresh-baked goodness that range from savory to sweet.

Established in Stockholm, Sweden, with 19 shops by 2008, Fabrique has since expanded their operations to London and even New York in the United States. They take pride in only using the freshest, most natural ingredients and make their creations with traditional recipes passed down through the generations.

Customers love the aesthetic and the smells that hit you when walking into this establishment. Fan favorite baked goods include the Cinnamon Buns, the Cardamom Roll, and their Apricot-Hazelnut Bread. 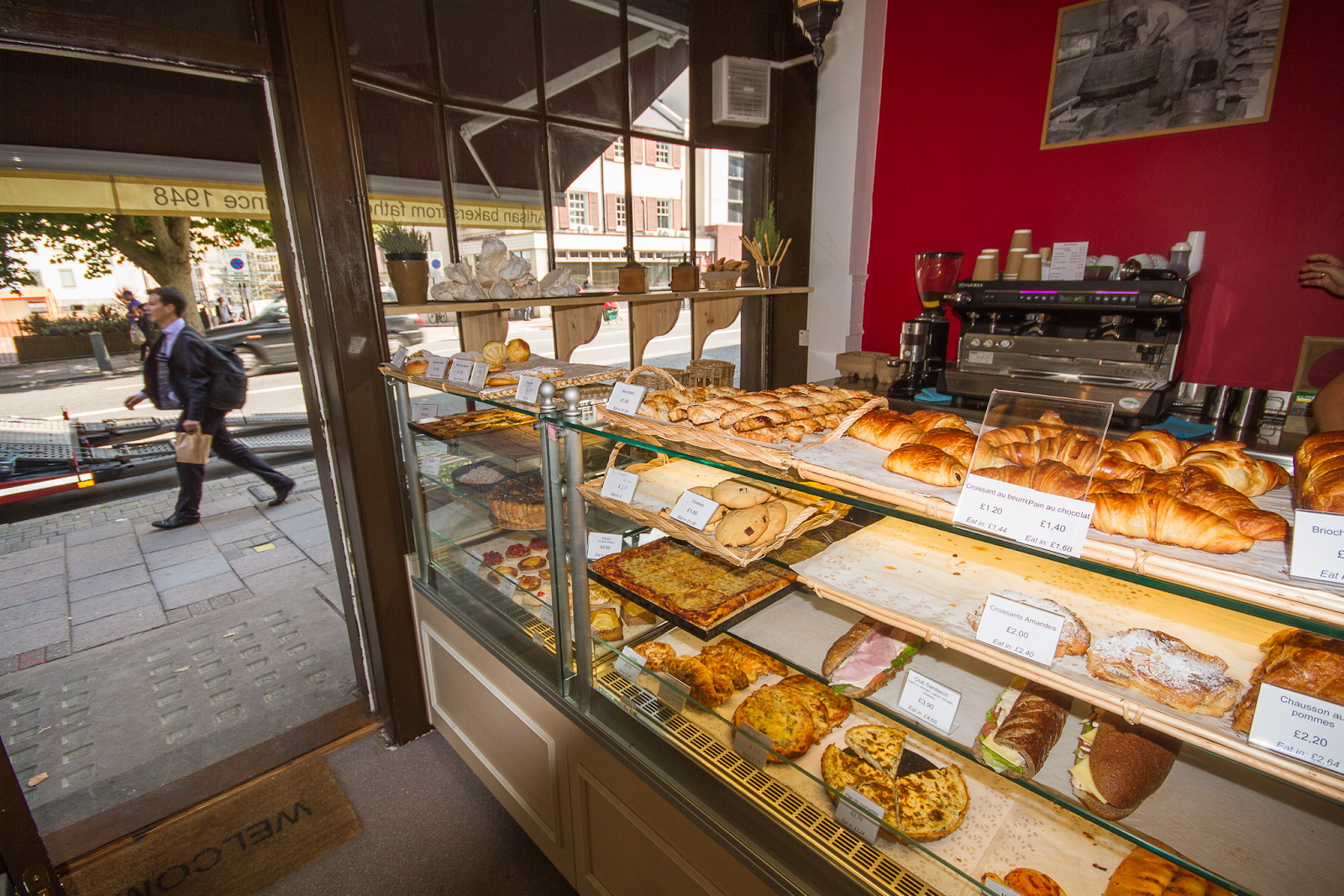 This unique and rustic little French bakery has offerings of sweet and savory baked goods as well as sandwiches in a homey yet boutique-like atmosphere with limited seating available to enjoy their goods. They prepare all of their goods by hand right in front of the customers, giving an inside look to the process of their amazing baked goods.

Aux Pains de Papy only uses the finest ingredients that they bring from Provence in southern France and prepare their baked goods using the traditional baking methods and recipes that have been handed down throughout the generations. Preparing their goods in front of the customers is the way that they offer an entire see, smell, and taste experience.

Fans love the genuine feel of France that they get from this London bakery. Fan favorite baked goods include their Croissants with Sauced Mushrooms, the Pistachio Eclair, and their Almond Croissants. 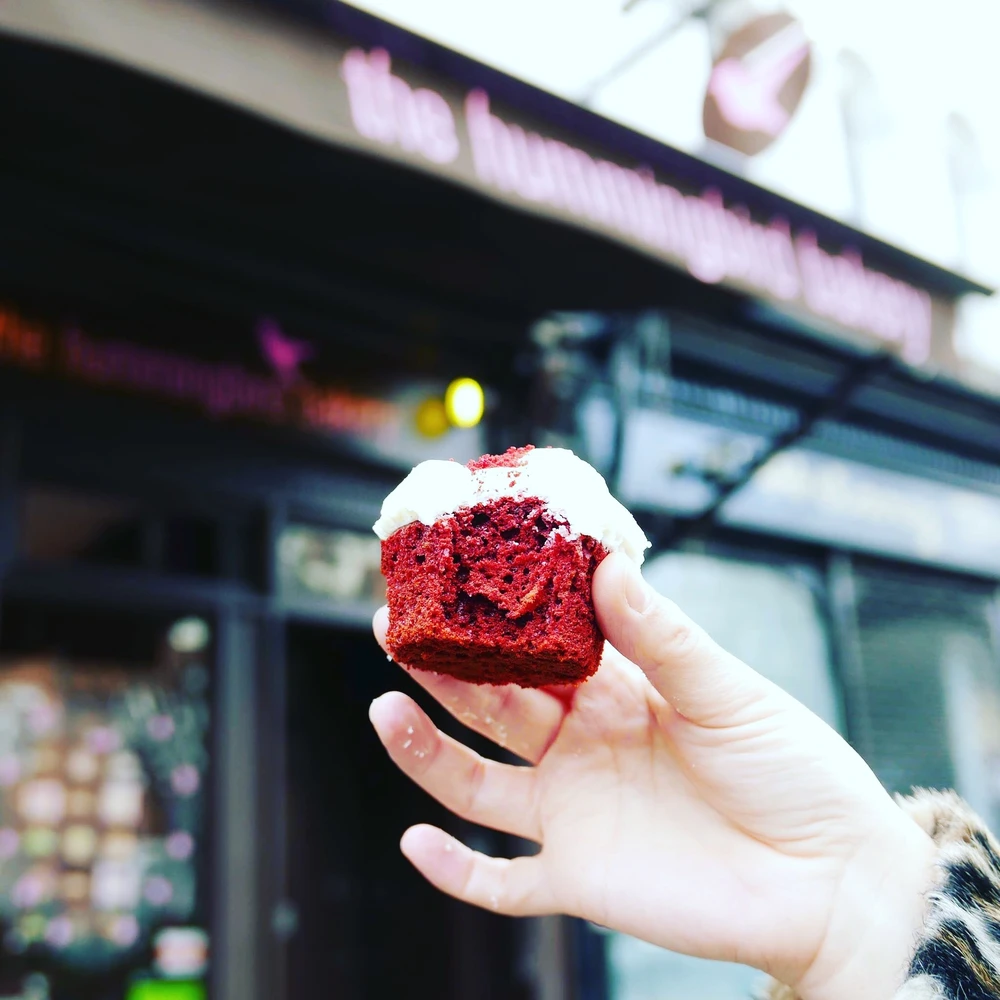 If you’re an American in London missing home or if you’re a Londoner curious about American-style baked goods, then The Hummingbird Bakery is the place for you! They soecialize in beautifully decorated cakes and cupcakes, plus decadent brownies, and cheesecakes.

Established in 2004 in Notting Hill by Tarek Malouf because of what he perceived was a shortage of American-style bakeries, The Hummingbird Bakery does all of their baking on-site home-style and takes pride in only using the best quality ingredients and absolutely no preservatives. They can even make your goods vegan or without eggs, dairy, or gluten.

Even those who aren’t normally fans of cakes or cupcakes love the goods made here! Fan favorite flavors include the Red Velvet, the Hummingbird Cupcakes, and their Cookies and Cream Cupcakes.

Sunflour Bakery is a London favorite that bakes fresh bread every day as well as delicious sweet and savory pastries, cakes, sandwiches, and more. They serve their meals and pastries in the cafe part of the bakery where you can sit and enjoy the smells and appreciate the hand-made quality of the food you’re eating.

Sunflour Bakery was established in 2013 by Paul O’Brien and Gabriela Cristea with the idea of bringing artisan bread and home-cooked foods to Caledonian Road. Both take pride in making all of their goods fresh on-site and supplying other restaurants and cafes with their goods. 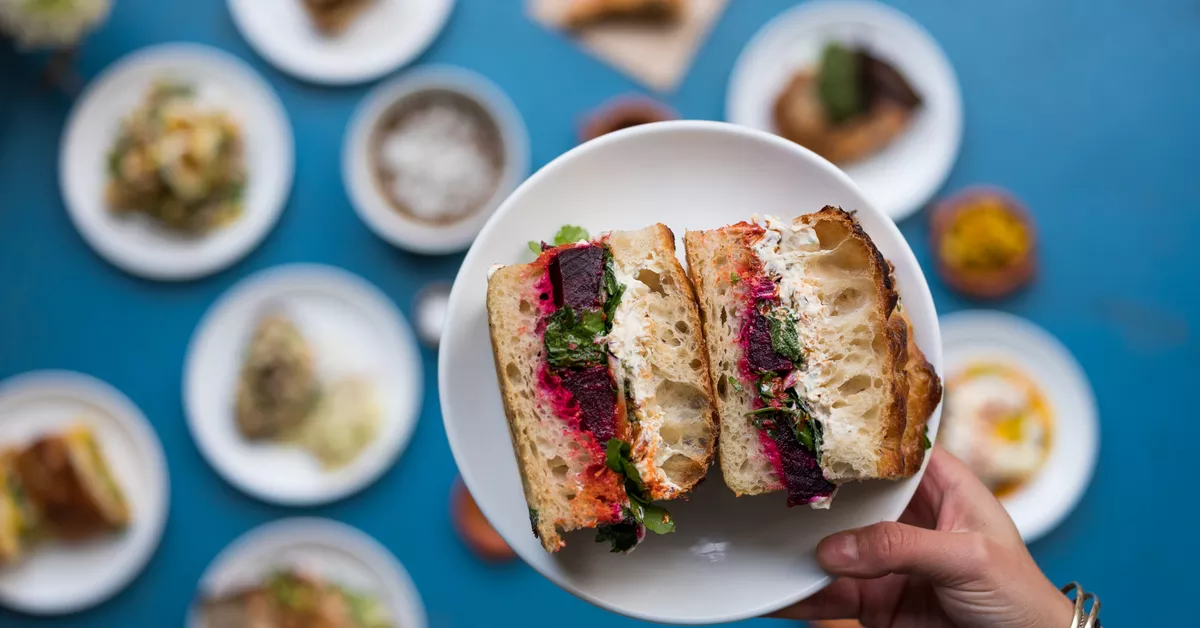 The Dusty Knuckle specializes in fresh-baked bread, pastries, and light cafe foods like unique sandwiches made from their breads and salads as well as occasional pizza nights. From Potato Sourdough to Focaccia to Sticky Buns, they make a wide variety of baked goods to satisfy any cravings.

The Dusty Knuckle Bakery, a Social Enterprise and food operation based in London, was established in 2014 and has become the main provider of exceptional breads and pastries to some of London’s most renowned chefs.

According to customers, The Dusty Knuckle Bakery is a hidden gem. Fan favorite baked goods include their Morning Bun, the Orange Sesame Swirl Bread, and the Potato Rosemary Pastry.

If you plan to visit London soon, be sure to stop in at any of our seven picks for the most spectacular bakeries in London and try their fresh-baked goodness for yourself!