When you think of sweet potatoes, one of the first things you may think of is the classic, delicious sweet potato pie. Sweet potatoes are a starchy root vegetable that belongs to the morning glory family; not only the potatoes, but also the greens of the plant can be consumed. They are of course distantly related to the common potato. Here’s a fun fact; although sweet potatoes are often called “yams” in North America, especially the most common orange sweet potato, but they are unrelated to true yams.

So even though it is a vegetable, because this potato is sweet, it is a perfect medium for dessert making, and its sweet recipe roots can be traced back quite a long time. From classic desserts like sweet potato pie and candied sweet potatoes, there are plenty of sweet potato dessert recipes that can satisfy the cravings of just about any sweet tooth.

About the Sweet Potato

Sweet potatoes originated and were domesticated in either Central or South America first; domesticated sweet potatoes were present in Central America about 5,000 years ago somewhere between Mexico’s Yucatán Peninsula and the mouth of the Orinoco River in Venezuela. It’s surmised that locals spread them throughout the Caribbean and South America by the yea 2500 BCE, and that they were introduced to North America by Polynesians around the year 1100 AD, and were found and tasted by those on Christopher Columbus’ voyage in 1492.

Sweet potatoes don’t do well in cold weather, and are more often than not grown in locations that have an average temperature of about 75 degrees Fahrenheit that have plenty of sunshine and warm nights. However, to balance that out it also needs 30 to 39 inches of rainfall a year with a minimum of 20 inches during the growing season. Aside from this, they are fairly easy plants to grow and cultivate, making it easy to have the main ingredient for some delicious desserts growing right in your own backyard if you have the proper climate.

The Cooking History of the Sweet Potato

One of the first written accounts of using the sweet potato in any sort of recipe was in the 1597 book Herball or Generall Historie of Plantes by England’s John Gerard. Gerard talked about how the sweet potato was roasted and had an infusion of wine, how it was boiled with prunes, and even roasted with ingredients like salt, oil, and vinegar. It was his belief that the sweet potato was a comforting, strengthening, and nourishing food as well as an aphrodisiac. Later on, Thomas Dawson wrote in his Book of Cookerie, published somewhere between 1620 and 1629, of a sweet potato tarte that was meant to summon courage in either a man or woman.

Another one of the earliest sweet potato recipes is for a potato pudding that called for the addition of marshmallows, which can be found in the first American cookbook, American Cookery, written by Amelia Simmons and published in 1796, which is much like our more modern candied sweet potatoes with marshmallows. The recipe called for mashed sweet potatoes, milk, nutmeg, and egg whites. 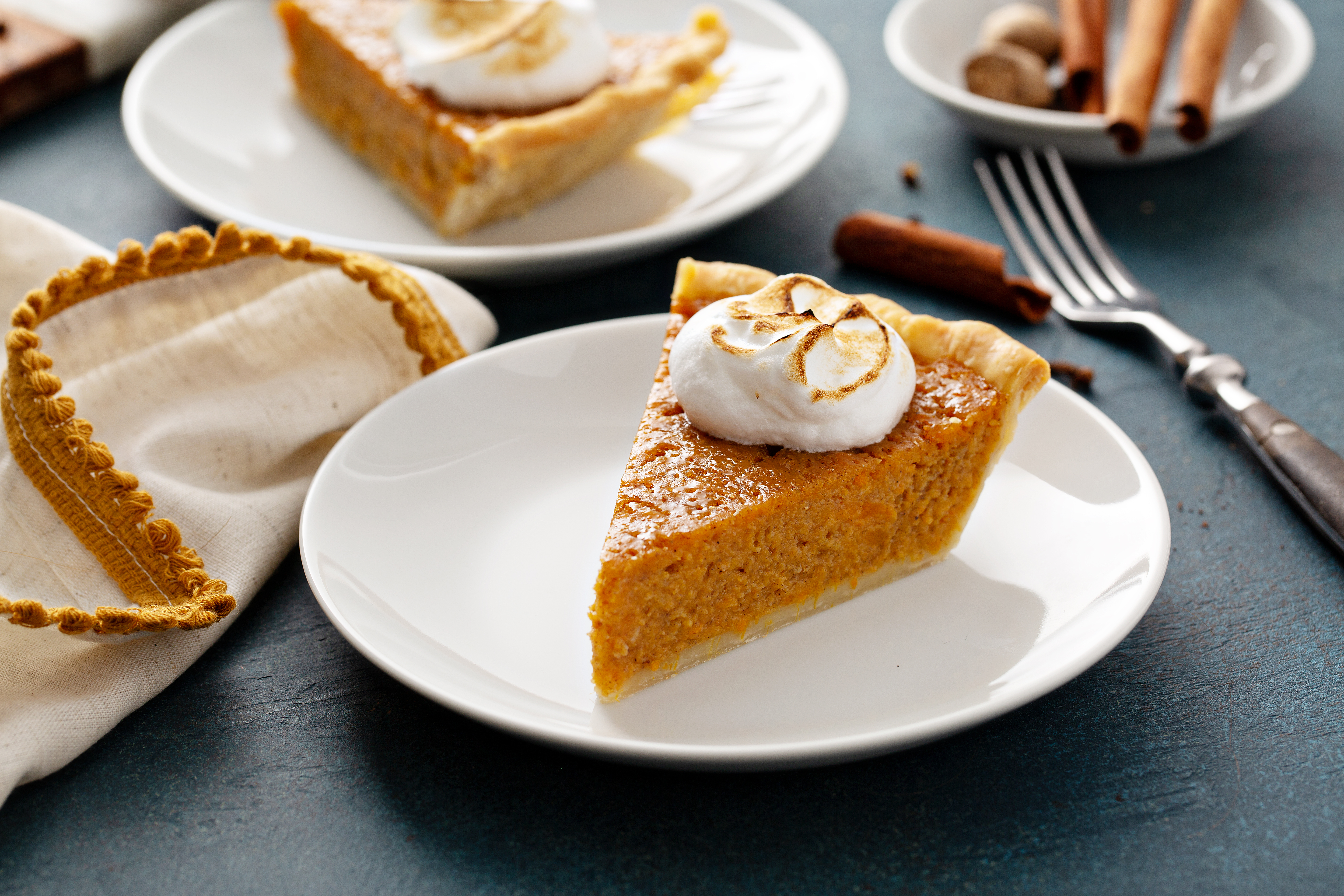 This delicious dessert comes together when mashed, fluffy sweet potatoes meet butter, sugar, and vanilla, then topped with a satisfyingly crunchy pecan streusel. You get the natural sweetness of the buttery, soft sweet potato, emphasized by the regular and brown sugar, and the salty crunch of the pecan streusel just ties it all together and makes the flavor profile of this dessert absolutely unforgettable. 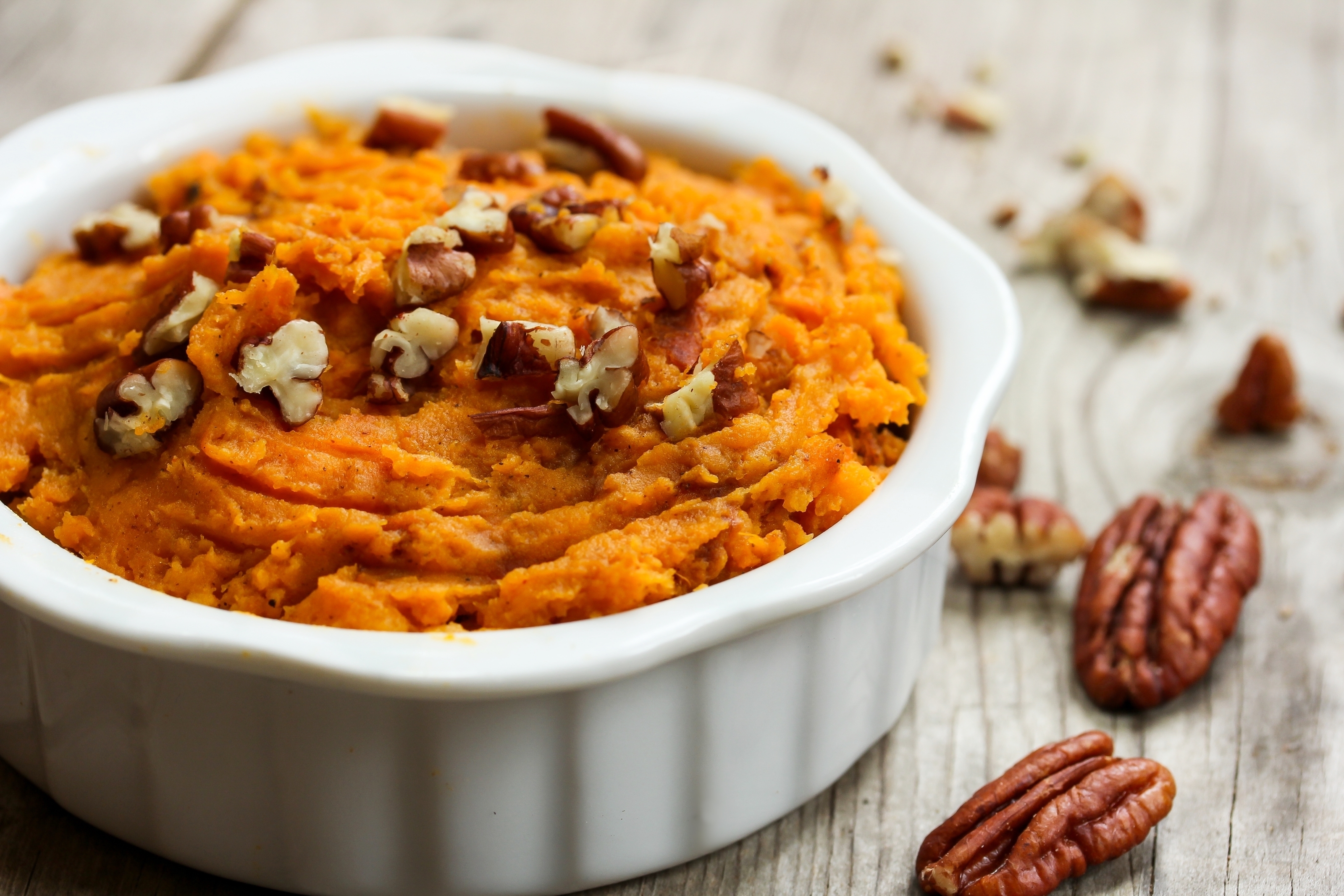 Like sweet potatoes? Like crumb cake? Then you’re in luck, because this recipe gives you both! The cake itself is moist and soft with a sweet yet salty, crunchy streusel mixed all throughout. Mashed sweet potatoes and whipped egg whites accompany cinnamon, nutmeg, and vanilla in the cake batter, and the streusel is packed with butter, brown sugar, and cinnamon as well. Again, the balance of sweet and salty, and also soft and crunchy, is what really makes this cake a tasty, unique take on your usual crumb cake. This pairs well with a cup of coffee!

If you’re a fan of cake rolls, then this is a recipe you should really try! A thin sweet potato pie cake infused with cinnamon is laid out flat as a rich, smooth cream cheese filling is spread across it, then rolled up into what looks like a large Swiss roll. It can then be sliced like cake and served warm or chilled. Taking the classic flavor of sweet potato pie, making it into a cake, and then filling it with creamy, decadent cream cheese filling is a great way to revamp your dessert table during the holidays or anytime! 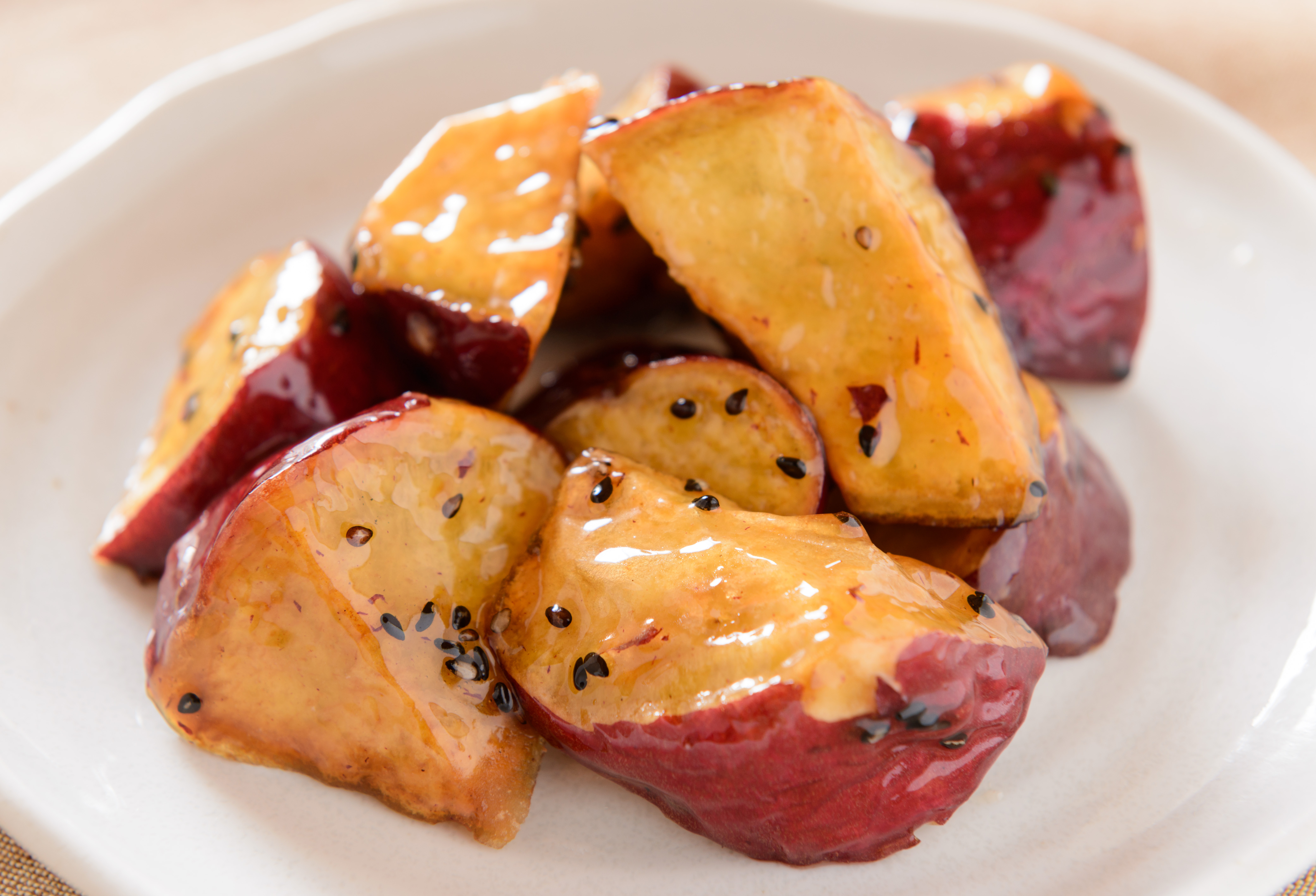 This popular staple shows up almost every Thanksgiving and/or Christmas on the table of many Americans. However, there are just as many folks who have never tried it and just don’t know what they’re missing! Candied sweet potatoes are most often made by peeling, slicing, and then pouring a sauce made with brown sugar and cinnamon over them and baking them. Many times, marshmallows are added on top for a bit of extra sweetness.

Sweet potato pie is another popular staple around the holidays and also for potlucks. While pumpkin pie is more popular in other parts of the nation, this traditional dessert has its roots in the Southern United States and is more often than not made in place of beloved pumpkin pie. Sweet potato pie consists of sweet potatoes, brown sugar, and cinnamon mixed together with a few other ingredients that are then poured into a pie crust and then it’s baked. 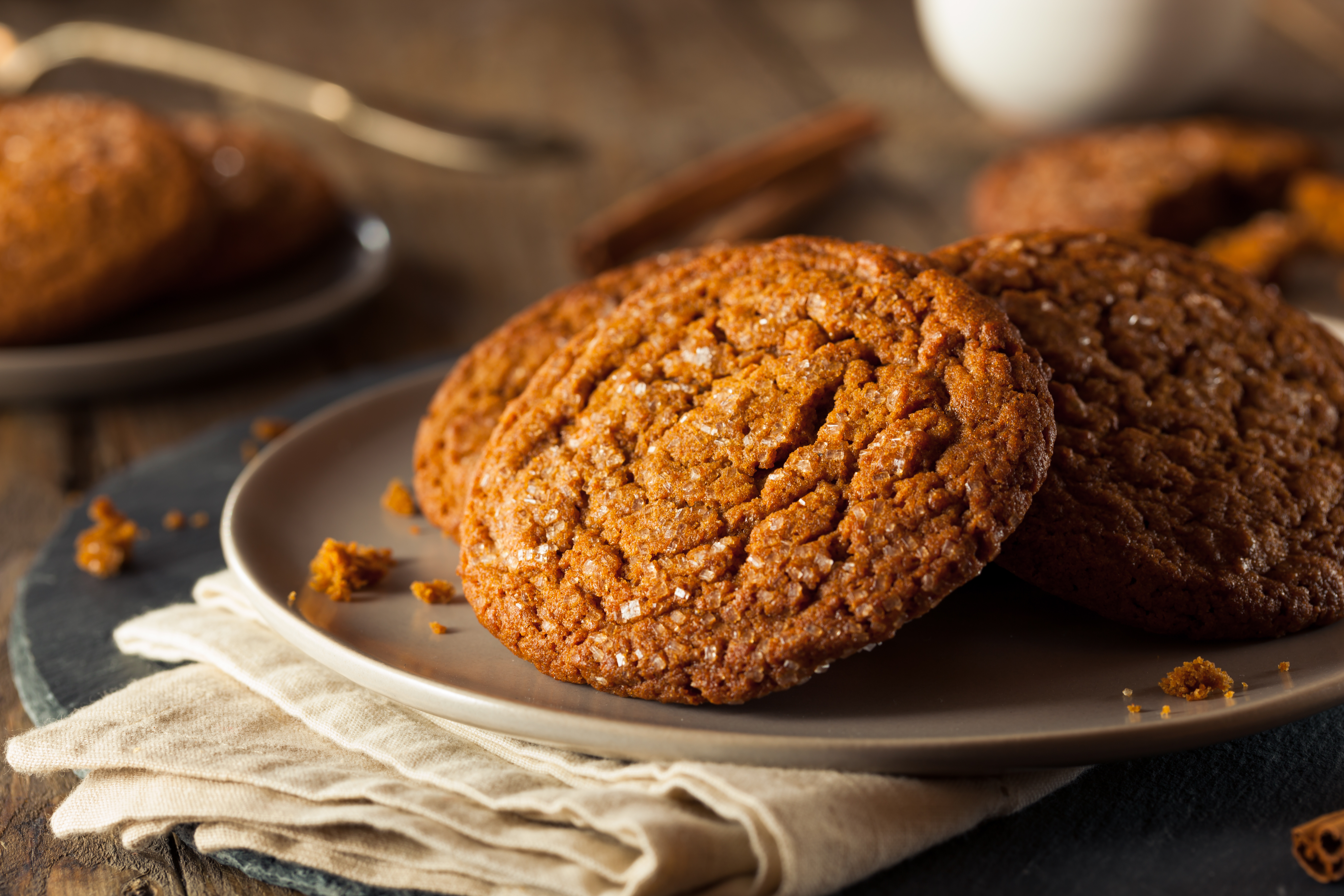 For a different sweet potato dessert, try out these Sweet Potato Spice Cookies! Made with shredded sweet potatoes, butterscotch chips, coconut, pecans, and spices, then baked to cookie perfection, you get an awesome dessert that doesn’t take long to throw together and bake.

If you love donuts and sweet potatoes, then you’re going to love this! Mix sweet potatoes into the donut dough, then toss them with some butter, sugar, and cinnamon before baking or frying them for a delicious, unique take on your normal donut.

These and more sweet potato desserts await you, so try these and then take your search even further by looking through Pinterest and Google for other fun, different ways to use sweet potatoes to make some fab desserts to try!