Fun and Unique Variations of the Root Beer Float

It’s hard to find many people in the world who haven’t heard of a Root Beer Float as it has become a well-known classic like the Banana Split, Hot Fudge Sundaes, and milkshakes. The idea for the Root Beer Float was conceived in August of 1893 when Frank J. Wisner, owner of Cripple Creek Brewing because he noticed that the peaks on Cow Mountain in Colorado looked like ice cream floating around in soda. However, there is also another version of this story that says he saw the full moon coming up over the mountains and made the observation that the moon looked like a scoop of ice cream. So the next day, he took his idea and created the first Root Beer Float, made by pouring the root beer over vanilla ice cream in glasses, which he originally called the “Black Cow.”

The idea caught on and before anyone knew it, Wisner’s invention had become a hit, and it’s a popular summertime treat even to this day. However, as the years have passed, people have gotten even more creative and have come up with unique and interesting combinations for their Root Beer Floats, such as using different kinds of ice cream and a variety of toppings. So if you’re a Root Beer Float lover, then you need to come with us as we check out some of what we think are the best ice creams and toppers, the best root beer to use, and even a few different variations of the Root Beer Float! 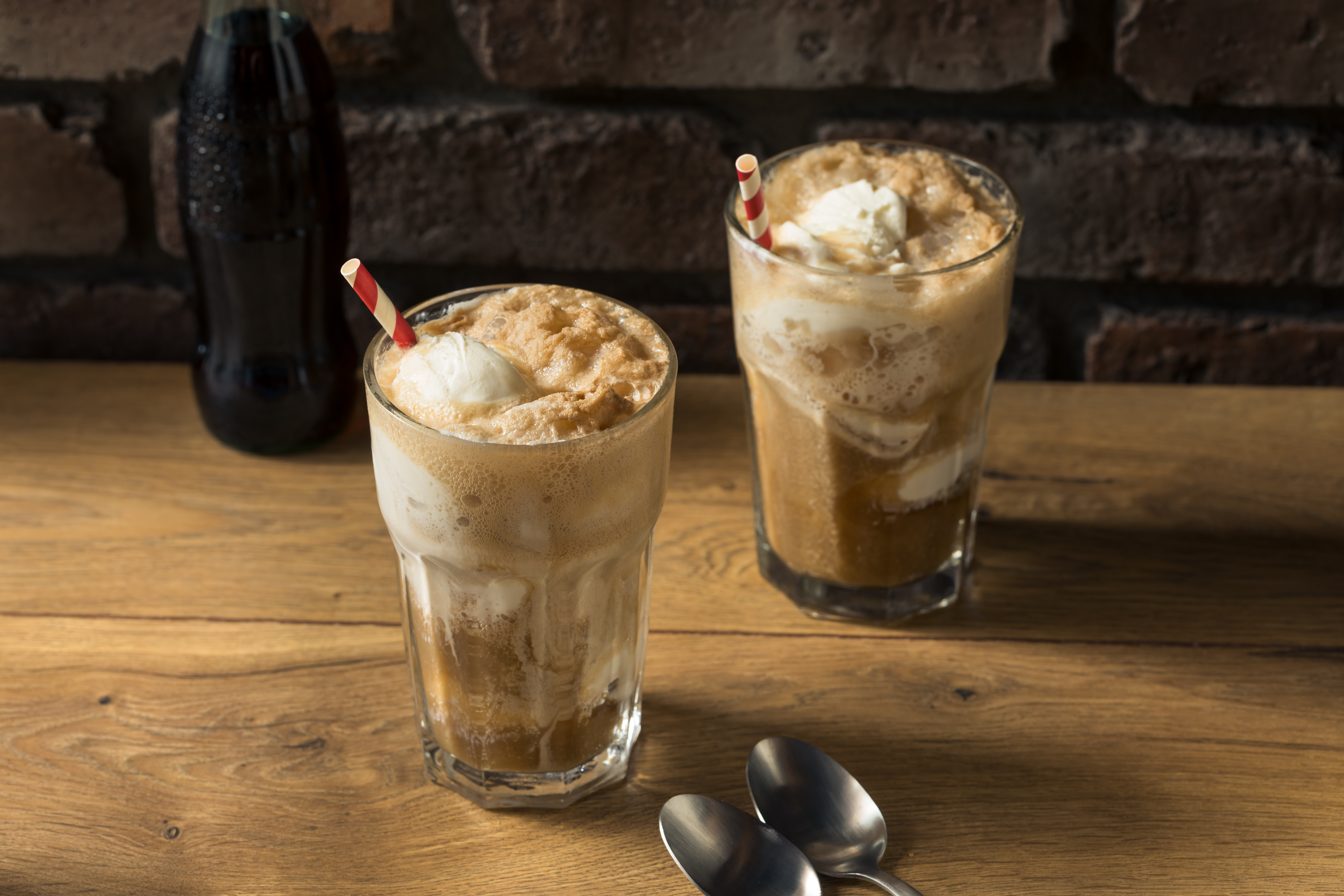 Although everyone’s tastes are uniquely different, based on popular opinions, here are what most claim to be the best root beers to use in your Root Beer Float. Try them all or stick to your favorite, as long as you’re enjoying yourself!

The traditional Root Beer Float is made with about two scoops of vanilla ice cream, then it’s topped with whipped cream and a cherry, much like how Frank J. Wisner intended it to be when he created it. If you prefer using a straw for your Root Beer Float, two scoops of ice cream or less is ideal, while if you prefer a spoon, you can do more than two scoops. Most people choose the classic because the sweet vanilla ice cream complements the dark, spicy notes of the root beer, creating a flavorful balance that leaves the taste buds dancing. 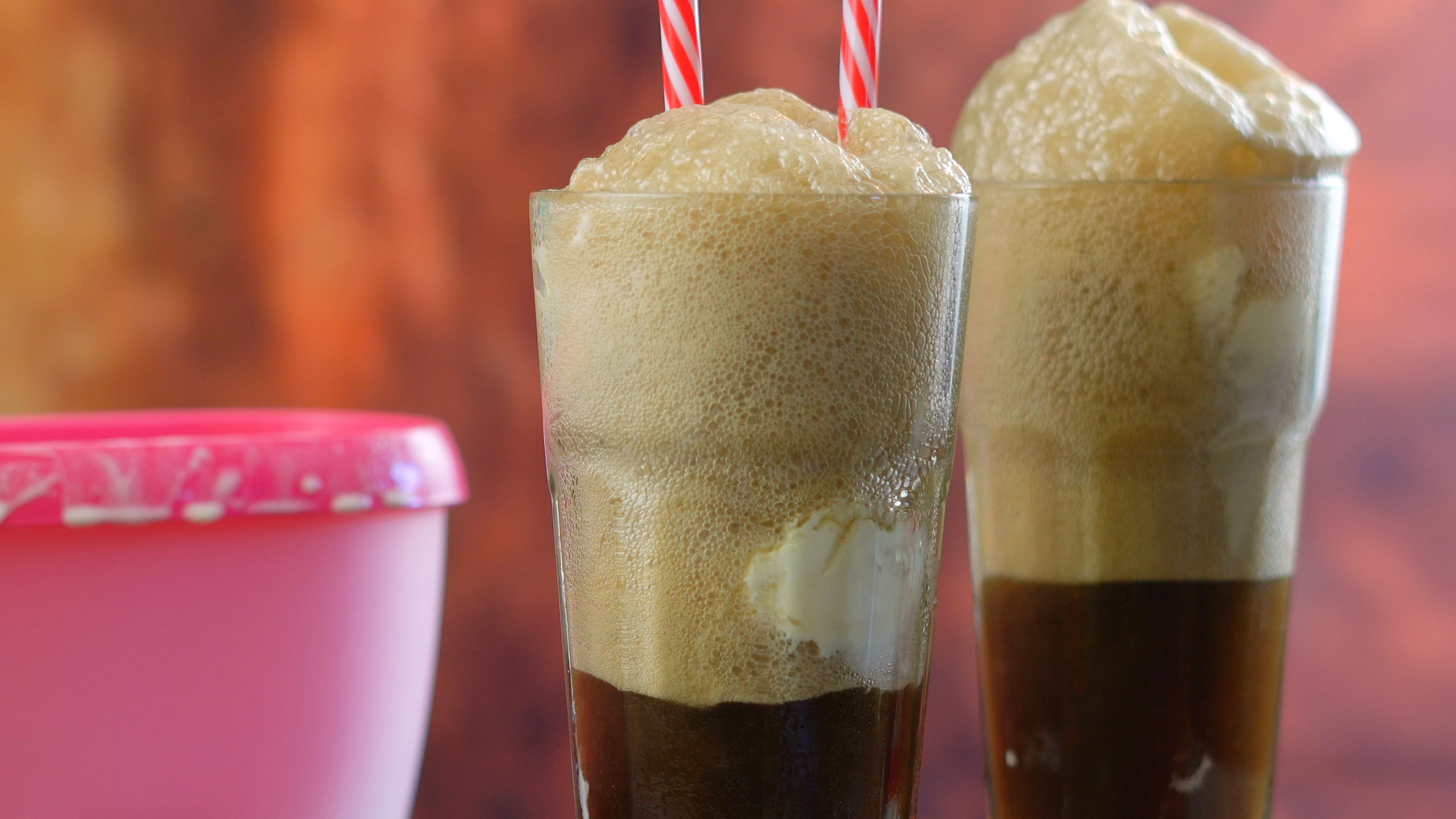 A fun take on the classic Root Beer Float, a Coke Float is made the same way, except instead of root beer you would use Coca Cola. If you’ve ever had a Vanilla Coke, then you know that vanilla and Coca Cola belong together, so if you’re in the mood to try something different or perhaps you know someone who doesn’t care for root beer, this is a great alternative.

The Ultimate Root Beer Float is made just like the traditional treat, except you mix a bit of root beer extract into the vanilla ice cream before pouring your root beer over it. Once you’ve completed these steps, then you would add your whipped cream, along with some chocolate and caramel sauce and some maraschino cherries. It adds that extra malt flavor to the ice cream and takes the traditional Root Beer Float over the top. 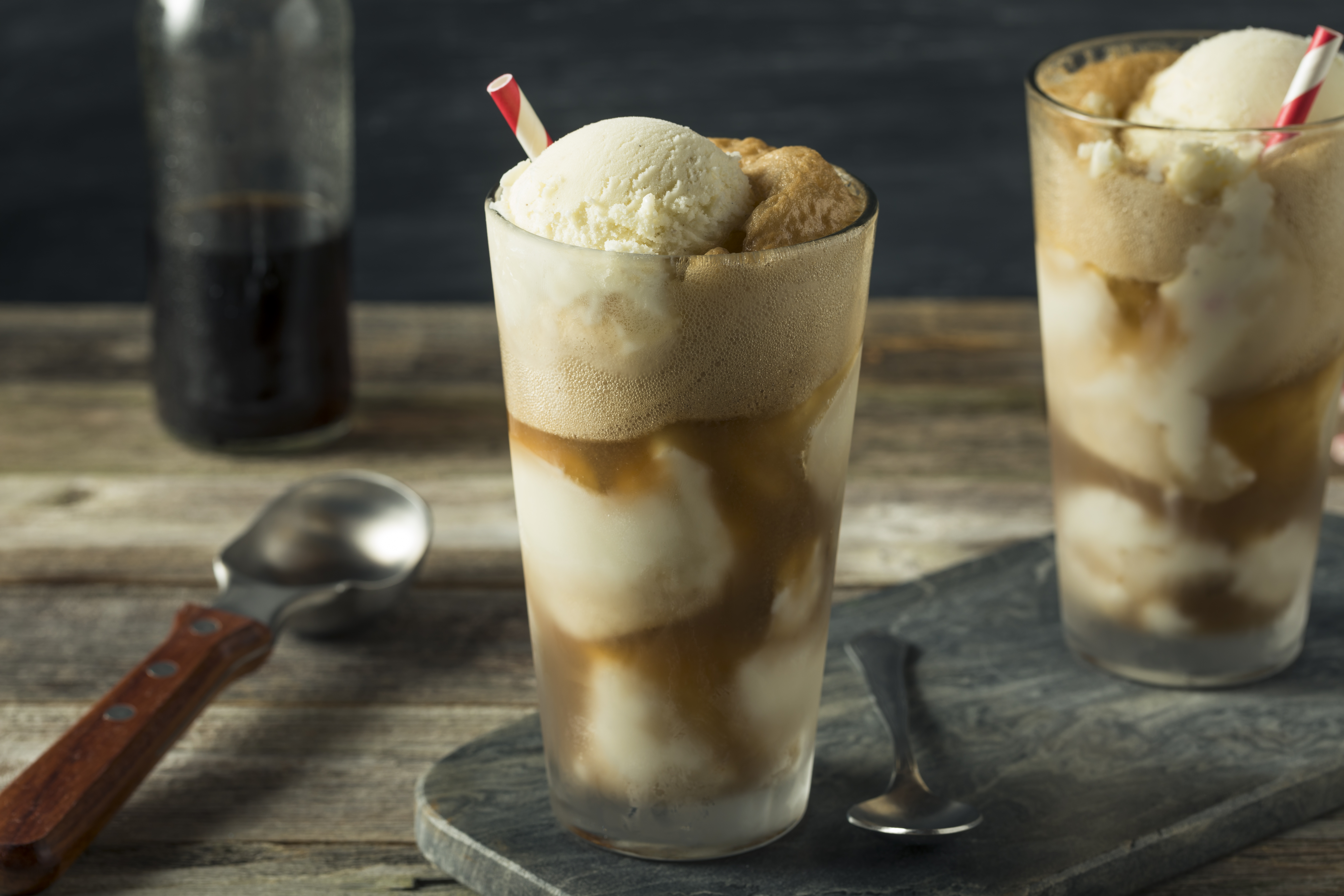 For those who love peanut butter and jelly sandwiches, this unique twist on the Root Beer Float is for you! Scoop up some peanut butter ice cream and either pour grape soda or grape sparkling water over it to create a drinkable version of this classic sandwich!

The Float the Doctor Ordered

If you guessed that this Root Beer Float variation has Dr. Pepper in it, you would be correct! This is a candy bar and soda flavor combination that takes Moose Tracks ice cream and Dr. Pepper and puts them together to create a sweet, spicy, frothy treat that goes beyond the traditional Root Beer Float in every sense.

Ice Creams and Toppings to Try

If you’re looking for a way to liven up your next Root Beer Float, then we suggest trying to make it with Moose Tracks ice cream, which consists of peanut butter, caramel ribbons, and chocolate chunks. All of these flavors combine beautifully with the root beer, the caramel notes in the root beer complementing the caramel ribbons and bringing a new dimension to the peanut butter, and the creamy vanilla ice cream helps to balance it all out. 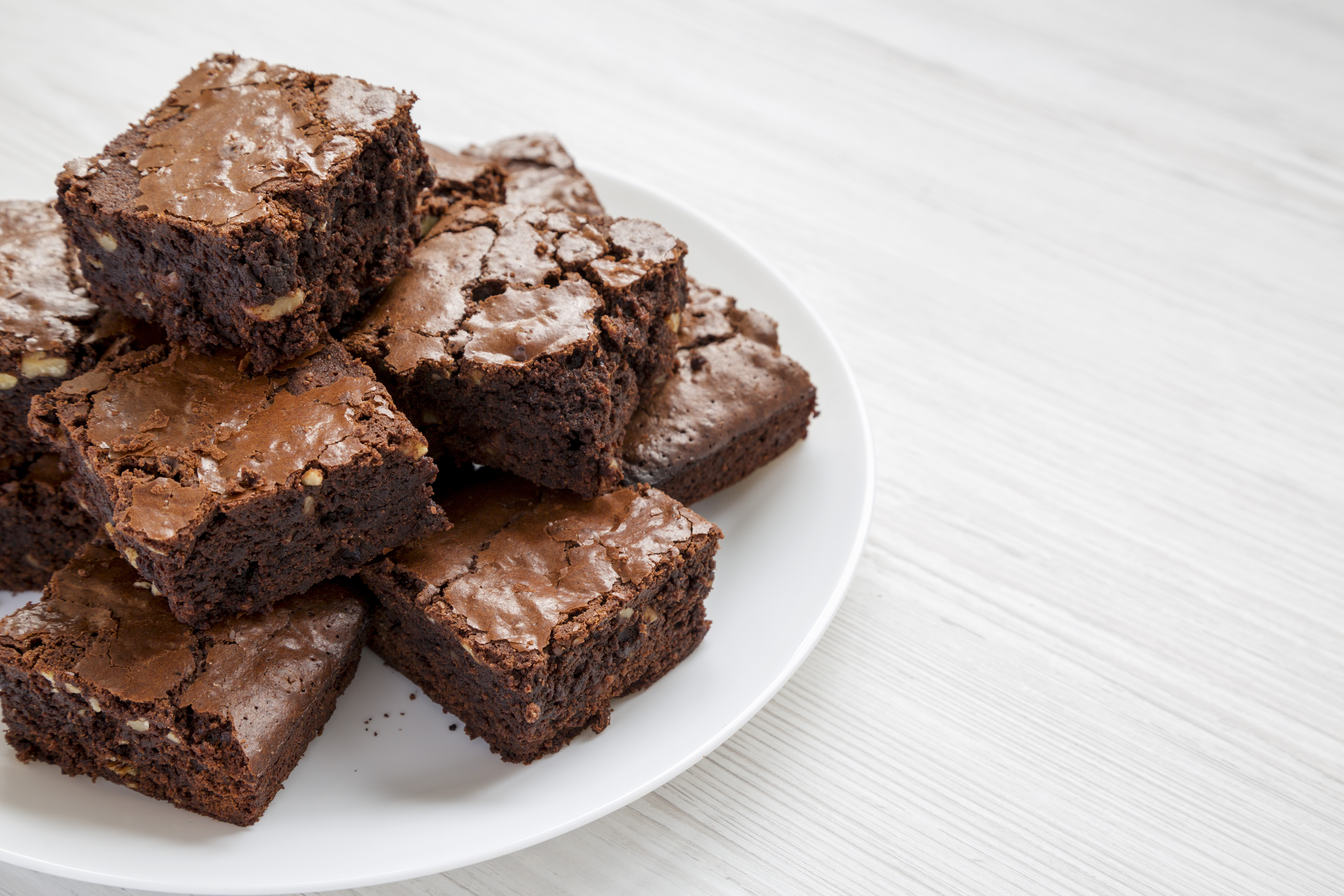 This is one you can make yourself, but it’s also a tradition in Colorado, where Boulder’s Oak at Fourteenth keeps the original Black Cow Root Beer Float going. They serve the traditional Root Beer Float with brownies and pretzels; the decadently chewy, chocolatey brownie and the salty pretzels serve to deepen and enhance the root beer’s natural flavors, creating a unique treat that can also satisfy a sweet and salty craving.

So whether you’re a Root Beer Float connoisseur or if you’ve just begun your journey into ice cream and soda combinations, we hope that these fun and unique takes on the traditional Root Beer Float have started your creative juices flowing and that you have fun making this classic treat!